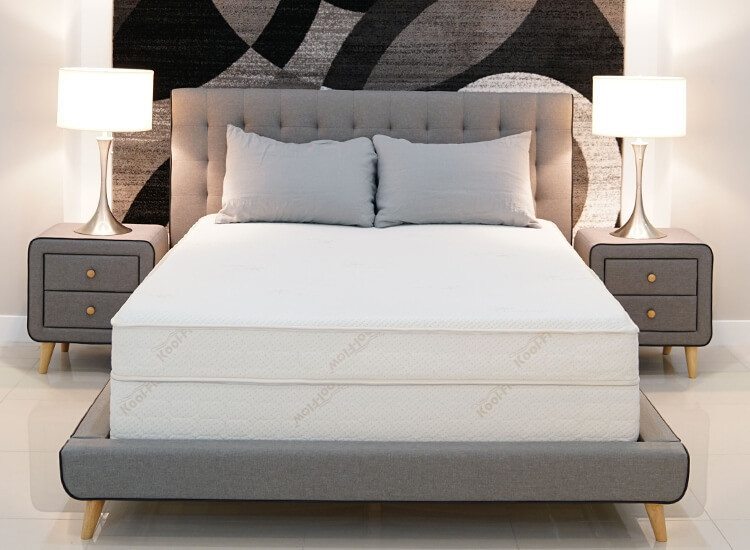 The Air-Pedic 800 and the Air-Pedic 850 are two of the many mattresses made by SelectaBed, who makes not only air adjustable beds, but also memory foam, latex and hybrid mattresses. All of these mattresses are developed by a Chiropractor that specializes in back pain. Dr. Rick Swartzburg has almost 20 years of experience in pain relief and product development for Relief-Mart and Select A Bed. Each mattress is assembled from top to bottom in their Agoura Hills, California factory using all Made In The U.S.A. foam and covering materials. Because they make every mattress, they have the ability to custom design the perfect mattress for you. 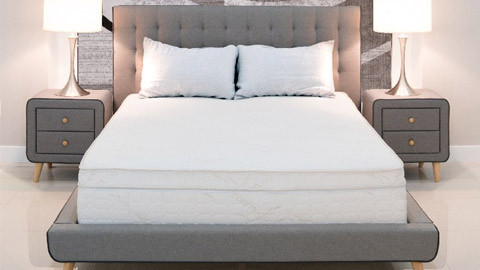 We have been sleeping on the Air-Pedic 800 mattress for the last few weeks and it has truly been some of the best sleep we have ever had. We love the fully adjustable air chambers on each side and the supportive foam on top. Air-Pedic has it all, adjustability, temperature balancing benefits, built with natural and certified safe materials that are made in the USA and a great warranty. Let’s take a deeper look at what makes this mattress so great!

When you think of an air adjustable mattress you might think of Sleep Number. What sets Air-Pedic apart is the 4 additional air chambers. You might ask, why is this important? If you only have one air chamber on each side you could get a feeling as if you are in a hammock. Your middle lumbar region could start to sag pulling your spine out of alignment. With the Air-Pedic you are able to separately adjust the lumbar region to allow you the best spinal alignment and support. If you are not sure your spine is properly straight or not, they have an app called Mattress Checker that will help you with that. 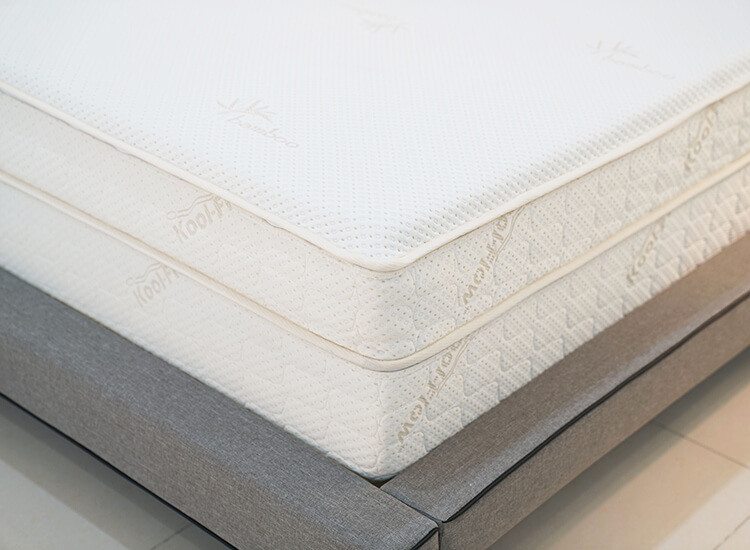 In addition to the standard built-in cooling layers they offer an optional patented airflow transfer system. This means that they aerate the top layers of foam and create channels on the bottom to create airflow throughout the whole mattress. We got this on the mattress we are testing and the mattress doesn’t feel hot at night. We often sleep with the fan on even in winter and lately there hasn’t been a need to turn it on.

As a company that prides itself on producing hypoallergenic, non-toxic and environmentally friendly products, you can feel reassured by the fact that their products come with certified components by three different companies. The two popular certifications are Greenguard and CertiPUR-US. In addition to these two, they have The Green Bear Mark of Excellence. You can rest assured that when this mattress comes into your home there will be no toxic chemicals spilling into the air that you breathe.

When you first lay on the mattress it will likely be completely filled. If it is not, you can easily fill the mattress by pressing the fill button. When it is at the number 100, this will be at the firmest setting and will be good for stomach and some back sleepers. If this is too firm, you can slowly let air out until you feel comfortable. This eliminates the issue of not know what firmness you should buy because you can adjust it once you receive the mattress. The 6 inches of foam above the air chambers are very supportive. This is important because you won’t feel like your sleeping on a cheap blow up mattress. 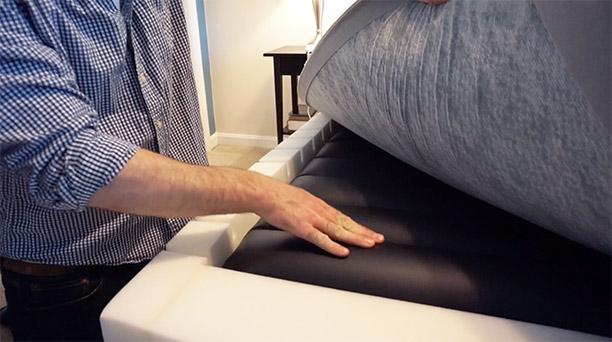 This mattress is fully adjustable and will be will be well suited for any type of sleeper.  In fact, the adjustability allows for different firmness settings on either side of the bed. So for example, if you want a firm mattress and your partner prefers extra soft, you can both have your dream mattress without compromising. The only con to having adjustability is it might take a few nights to find the right setting for you. Nevertheless, once you find that setting you will sleep comfortably all night. The other great benefit of having the extra lumbar adjustability is if you are pregnant or your body changes and you need extra support you can add that support with a push of a button rather than surrounding yourself with tons of pillows.

Is The Air-Pedic Mattress Good For Couples?

The Air-Pedic has an extra encasement for the foam to create a great edge support. When you sit on the edge of the bed you feel supported and don’t feel the mattress compressing underneath you. Additionally, when you lay down near the edge you will not feel as if you will fall off the bed.

How Is The Air-Pedic's Edge Support?

The Air-Pedic has an extra encasement for the foam to create great edge support. When you sit on the edge of the bed you feel supported and don’t feel the mattress compressing underneath you. Additionally, when you lay down near the edge you will not feel as if you will fall off the bed. 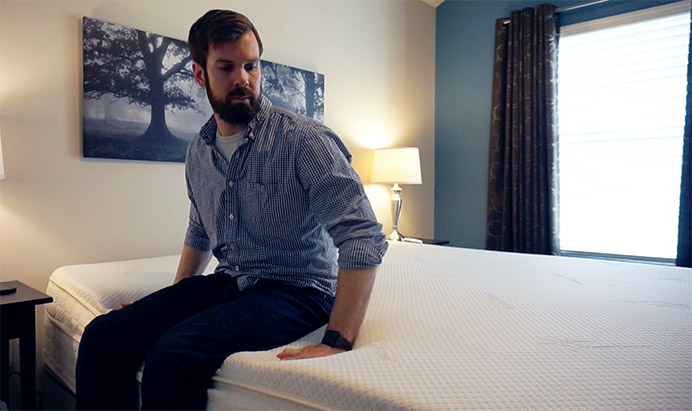 How Much Does the Air-Pedic Mattress Cost?

In comparison to mattresses in general the price point is a little higher but when you think of what all you get it is certainly worth the investment.  A queen Air-Pedic 800 starts at $3,099.  For a limited time save up to $700 with our exclusive offer!

See the coupon in sidebar for the most up to date discount or visit our mattress coupons and deals page.

It does take some time to get used to a new mattress and testing out a mattress for 5-10 minutes in the store isn’t a good indication of how well you’ll sleep on your new mattress night after night.  SelectaBed offers a 120 day sleep warranty so you can rest assured your new purchase is the perfect match for you. They do recommend that you give it at least 21 nights before you make your decision. Even though the mattress is adjustable, you still might prefer a different feel in the top foam layers of the mattress. The great thing about Air-Pedic is they have many different types of foam and can send you a replacement for the top portion of the mattress. This will give you a completely different feel without having to return the whole mattress.

All of Selectabed Mattresses come with warranty of 30 years and the first 3 years are non-prorated. After looking at several different sites with customer reviews on Air-Pedic, it was hard to find any complaints on the mattress or company.

Shipping costs between $99-$199 depending on the delivery you choose.The $99 shipping will only get the mattress delivered to your front door, however for $100 more you can get white glove delivery. With the size of the mattress, it is definitely worth the upgrade, especially if you need it moved to another level. 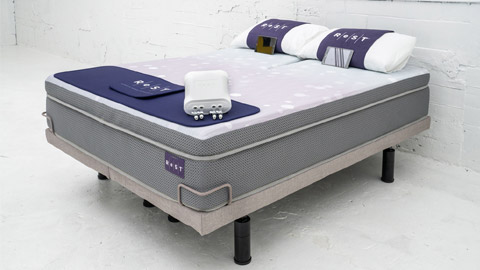 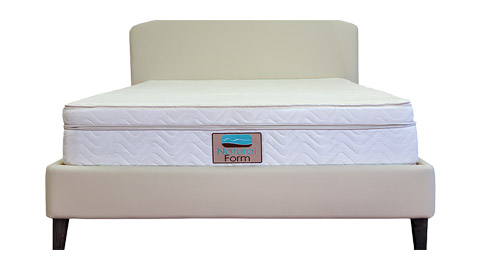 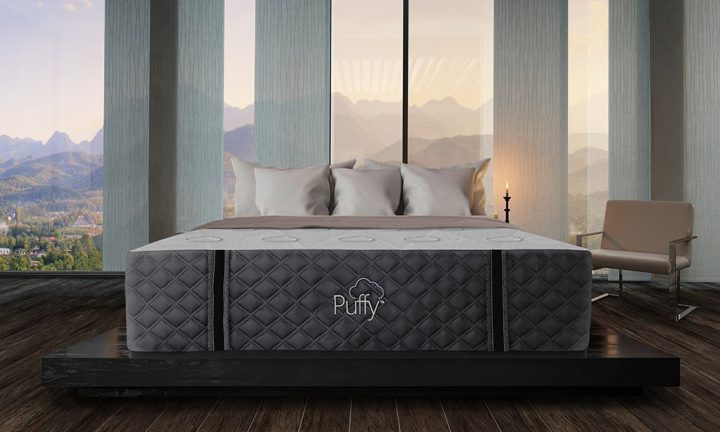 Thank you to Selectabed, for gifting us this bed for review. As always, all thoughts and opinions expressed in our reviews are our own. We hold an affiliate relationship with this company which means if you purchase a bed through the link above, ASL Reviews will receive a small percentage of that sale (at no cost to you). This helps us with the costs of website maintenance and video production. We thank you for your support!

This site uses Akismet to reduce spam. Learn how your comment data is processed.